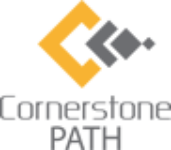 Corporations worldwide are embracing tech and innovation like never before. As this trend continues, new roles within organizations are being created. Are these new roles simply trendy titles or leadership roles here to stay?

Recently, I’ve heard of several leaders in the retail space getting promoted to “Digital Officer” positions. The more these promotions popped up, the more I asked myself, “what exactly is a digital officer?” Coincidentally, after pondering this new title and its meaning, I came across this great interview with Jason Goldberger from Target. He was recently bestowed the title of Chief Digital Officer, and the interview discusses many of the questions I’ve been knocking around in my own head.

According to Jason, being a Chief Digital Officer means a couple things. It means Target is investing in the future of digital, and are bringing Jason closer to the CEO to ensure digital remains a focus for the organization. More broadly, it exemplifies how important digital is becoming across the retail landscape, and Jason comments on how he and his team are tasked with keeping up with competition and emerging technologies. Per usual, Amazon is brought up in the interview as the reigning competitive comparison, and the question is posed on how Target is working to keep up. Jason explains that the same principles that have always been at the heart of Target: differentiated products, great shopping experiences, and low prices, are still very much core focuses for the company. However, these principles have slightly shifted. As digital becomes more vital, objectives have been created to bring Target shopping experiences and products to customers as efficiently and effectively as possible in the new landscape. All in all, Target is maintaining their focus on what has always made them attractive and successful, but is pushing digital initiatives to connect those fundamentals even further with shoppers.

As we all know, not every emerging technology ends up benefitting a company. Jason describes his approach to new retail tech as a test and react strategy. Instead of immediately scaling a fresh tool, even if it seems promising, the goal is to test in a handful of stores, collect the results, and then go from there. Target has been experimenting with beacon technology, for instance, in about 20 stores. They have not seen overwhelming data (either in their test stores or in the general market) to suggest they should scale. Yet. On the other hand, there are certainly projects they’ve tested, seen success, and then scaled aggressively on. Jason’s knowledge of Target as a business, and what Target’s customers value in their engagement with the brand, are truly what inform the analysis of the data and the decisions on which technologies to adopt.

It’s worth pointing out that we at Cornerstone PATH view this test and react strategy as steps 3 and 4 (experiment and adjust) in the innovation cycle, with 2 steps preceding them. Our model outlines discovery and imagining as the first two steps before experimentation and adjustment, and the actual launching of the idea brings home the process as the 5th and final step. The importance of starting with discovery and imagining is something we’ve seen proven over and over, as a problem well defined is a problem half solved, and a clear target for creativity helps innovation flourish.

Overall, Jason’s promotion is an interesting data point on what this new title means, and how it contrasts with the CIO position. Five years from now, I see the Digital Officer role being one of the most strategic seats at the board room table, and it will either remain a separate and unique position, or, more likely, it will be merged with the CMO role.

​Find us on these platforms